When you’re working on a book involving U.S. history, you see connections everywhere.

The latest for me is steel-cut oats, which I love for their chewy nuttiness. Oatmeal really fuels you to start the day, without the hunger pangs I usually get around 11:00 when I have my other standard breakfast: Greek yogurt with berries and meusli. The only drawback is that old-fashioned oatmeal takes 30 minutes to cook.

Waiting for the pot to boil a few days ago, I noticed an intriguing link to a chapter I’m working on for my biography of Eliza Scidmore.

The steel-cut oats I bought come from Ireland, under the company name “John McCann.” The arty label — if it’s not just a fake marketing ploy — features a “Certificate of Award” from the 1876 International Exhibition in Philadelphia.

That was a world’s fair the United States held to celebrate the country’s first 100 years.

Eliza Scidmore made her reporting debut at the 1876 expo, writing for a newspaper in Washington . 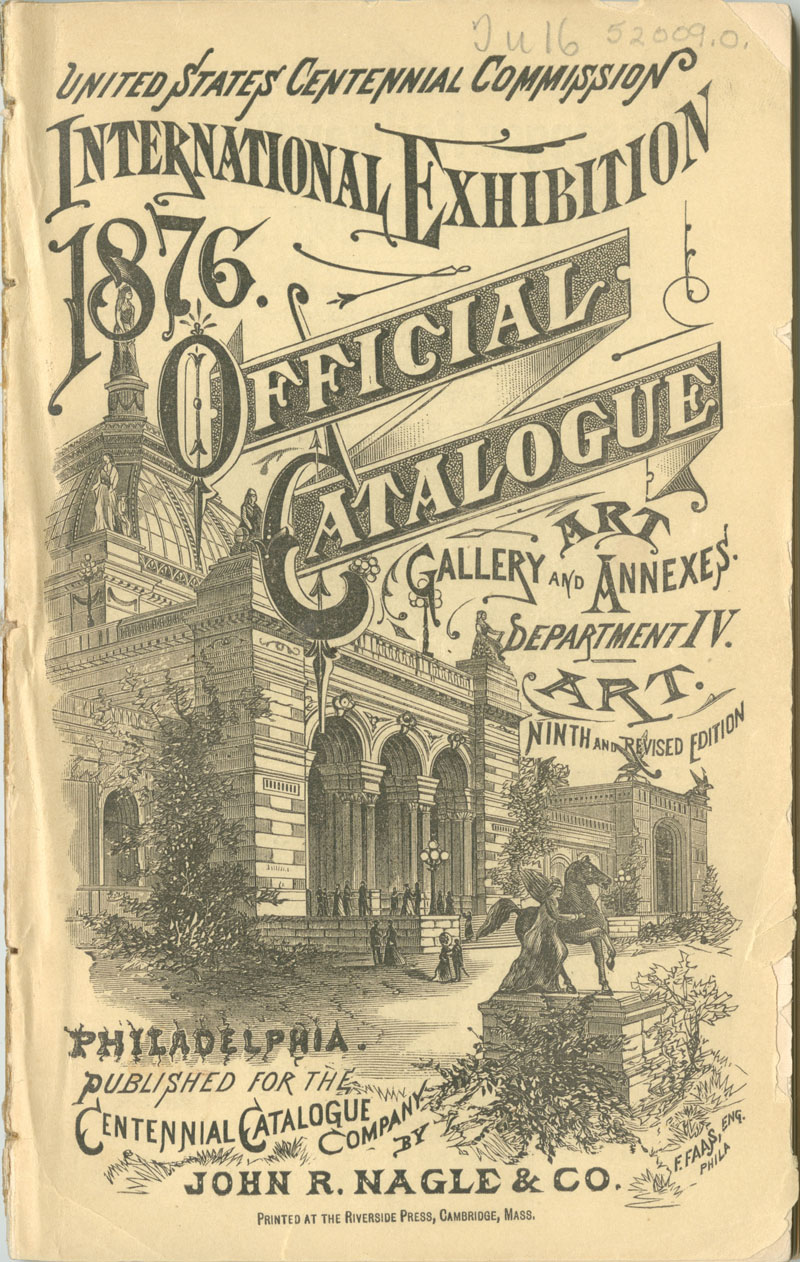 Many people know about the Chicago World’s Fair in 1893 (officially the World Columbian Exhibition). It’s famous in part because of books like Erik Larson’s The Devil in the White City.

Eliza Scidmore was also at the Chicago fair. But her presence at the 1876 event launched her career.

The Philadelphia expo sprawled across 256 acres in Fairmont Park, on the banks of the Schuylkill River. During its six-month run, about 9 million people toured the grounds. On opening day alone, 150,000 fair-goers flocked to the gates, plunked down the 50 cents admission fee and pushed their way inside.

Three dozen foreign countries sent exhibits, as did many states, companies and government agencies. Among the 30,000 businesses displaying their products was John McCann of Ireland, purveyor of Steel Cut Oat Meal.

The hottest attraction that summer was the Corliss engine, the largest steam engine in the world. Seventy feet high and weighing 50 tons, it rumbled to life a couple times a day in Manufacturing Hall.

Another huge sensation: a colossal arm pushing up from the ground beside an artificial lake. The arm and its electrically lit torch offered a preview of French sculptor Frédéric Bartholdi’s Statue of Liberty that would one stand in the New York harbor. The Philadelphia expo is also important to Eliza’s story because it gave her and millions of Americans their first glimpse of Japanese art and culture.

Japan had been open to the outside world for only a generation. Pent-up curiosity about the little-known “island empire” fueled a craze for Japanese art and bric-a-brac — fans, kimonos, lacquer ware, bronzes and silks.

Eliza Scidmore began traveling to Japan in the 1880s and lived there on and off for three decades. Her brother’s job as a U.S. consular officer in Japan gave her a base for reporting from across the region. Jinrikisha Days in Japan (1891) became her best-known book.

Researching the Philadelphia Centennial for Scidmore’s biography led me to a surprise finding: the colorful “crazy quilts” popular in America in the late 19th century arose in response to Japanese ceramics and other art on display at the Centennial.

Once I saw this crazy quilt, I understood immediately the derivation of the fan design and the rich fabrics that suggest silk brocades used in kimonos. The Philadelphia expo was a seminal event in U.S. history because it heralded the coming of America’s industrial age and the beginning of “modern” life.

A sample of other things Americans were introduced to at the Philadelphia Exhibition of 1876: